USO WI hosted the Salute to the Troops Golf Outing for  a relaxing day for golf and support to our local military and their families. The day was full of fun as well as some great prizes from contestants such as putting, power drives, golf ball toss and even their silent auction with an open bucket raffle on the side.

it is always an honor to annually attend the Golf Outing. Balestrieri is a family first company, so when it comes to the USO Outing we appreciate it so much more because of families in the military and what they have to go through. We cannot thank our troops enough to give us the ability to be where we are today. 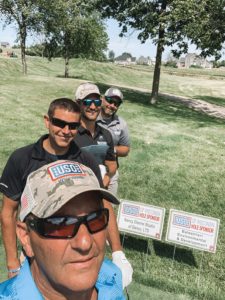